Like most people, I didn’t know of Coddington’s existence until I saw the documentary, The September Issue.  I was left loving her in the film for her spunk, plus her creativity seemed to just ooze out of the screen.

Thankfully, she published a memoir not to long after the filming and it was filled with the same whimsy and joy that can be seen onscreen.  The book itself is one that I would recommend reading in print as opposed to eBook.  The cover is bright orange and is not a usual book shape (more of a square), and it’s filled with great drawings by Grace herself.   And the icing on the cake, the contents leave you wishing that one day your life will have been as full, insightful and as successful both in career and friendships as hers. 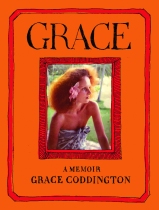 As per the usual recommendation, when possible, listen to Neil Gaiman’s books as opposed to reading them.  More often than not, Gaiman narrates them himself and adds the perfect amount of pause and inflection in every story.  Much like Chelsea Handler’s self-read autobiographies, Gaiman, having been the writer, truly expresses his wishes for how the stories should be communicated to the audience.

This was just a cute story to listen to while I was baking one afternoon, but it’s worth mentioning for the aforementioned reasons.  If you’ve never read Gaiman, I’d  recommend starting with his adult novel, American Gods.

Rest in Pieces: the Curious Fates of Famous Corpses (2013) by Bess Lovejoy

The title pretty much sums it up.  Leaders, actors, great thinkers, et al, in death all share unusual treatment to their deceased corpses, including but certainly not limited to having their penises cut off and preserved for posterity, floating in life-size fish tanks like wax figures for public viewing, and being shot out of a cannon into the desert.

Of all the figures described, only two women’s corpses are described as meeting macabre after-life endings.  Does this world consider the woman’s body too sacred in comparison to a man’s to desecrate?  Is the documentation missing from history?  Do women not deserve to be fought over and stolen from their graves?  I demand after-life grave robbing equality now!

But I digress…Lovejoy’s book is fun to read and is even safe for the faint of heart.  Her writing style is accessible and interesting, even if you aren’t aware of the life of said corpse.  Plus, there’s a great bibliography at the end for further reading, if that sort of thing does it for you.

The Faithful Executioner: Life and Death, Honor and Shame in the Turbulent Sixteenth Century (2013) by Joel F. Harrington

Much like Roseanne Montillo’s book, Lady and Her Monsters highlighting the cultural events surrounding the writing of Mary Shelley’s Frankenstein, Harrington’s book paints a larger picture of the world surrounding the life of one special person in our collective history—the life and career of a death dealer, a.k.a the executioner.

The inspiration for the text is the actual diary of German executioner Frantz Schmidt (1555 – 1634) and Harrington’s book offers the reader a glimpse into 16th century Europe and all that your run of the mill executioner had to deal with in his daily life.  If you’ve already begun to glaze over with boredom, fear not!  Harrington offers up enough gruesome facts to keep you interested throughout most of the book, such as the various torture devices, what is done with the body postmortem and the shockingly high mortality rate for mothers and their babies.  Though sometimes I found myself skipping passages that were more detail/date focused, I appreciate that the text would appeal to the more serious history buff.

Drinking and Tweeting (And Other Brandi Blunders) (2013) by Brandi Glanville

You gotta love a gal who has no filter, even when she’s sober and today, the girl that I’m speaking of is “Real Housewife of Beverly Hills,” Brandi Glanville.  You wanted the dirt about her divorce from cheater b-list actor Eddie Cibrian and his home-wrecking washed up country singer new wife, Leann Rimes, well you got it.

Glanville’s book is written as if you are sitting down having a heart-to-heart over cocktails and ruminating over past heartache.  It’s a fun, quick read that is a great pause from a more heavy book, or even crazy co-workers.  Glanville’s humor and wit, though related through the narrative of a broken marriage, makes you laugh and sympathize amidst the pain that any reader can relate to.

Richards tells his life story in stream of consciousness style while regretting nothing and spilling just the right amount of dirt on his band mates and other celebs.  Given everything (the drugs, the women, the road) his journey is summed up by a man who possesses a surprising level of introspection.

Girl Singer is the epitome of bittersweet.  It constantly wavers between cliffs and valleys; the highs of singing, freedom and love and the lows of drugs, alcohol and the bondage of a troubled marriage.  Besides offering the reader a first class ticket into her career and love affairs, Clooney presents us with a cultural artifact into 1950s and 60s music and culture.  A great juxtaposition to Richards’ Life, Clooney describes the penultimate period where big bands and girl singers ruled and Rock and Roll was just on the horizon.

Often times, reminisces of Cyndi Lauper conjure 1980s imagery of neon colors, spiky hair and of course, “Girls Just Want to Have Fun.”  Because of this, her memoirs couldn’t have waited any longer to show the world just who this woman is, and especially what she has done.

We all know that Lauper is a musician and artist, but when we hear that she is an activist, what that means is that she was one of the first advocates for gay rights, women’s equality, and a true trailblazer for HIV/AIDS awareness, especially at a time when it was shrouded by the highest amount of fear and taboo.  Lauper’s memoir is an essential reading for anyone who needs a boost of self-confidence and a reminder to keep their chin up when they’re wading through the muck of life. 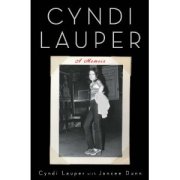 A Hasidic Jew, born in the 1700s, is reincarnated as a fly in current day.  The story see-saws from his current day observations and his life in 18th century Paris.  Miller, who has in the past done a magnificent job of writing and directing from a varied female perspective, takes a stab this time at writing from the male perspective.  Her observations from the masculine gender’s point of view are entertaining, tawdry, and scintillating, thereby ever-changing your feelings towards the narrator.

The Lady and Her Monsters: A Tale of Dissections, Real-life Dr. Frankenstein and the Creation of Mary Shelley’s Masterpiece by Roseanne Montillo (2013)

Author Roseanne Montillo describes the social thought and study leading up to the creation of Mary Shelley’s infamous story, Frankenstein.  To do this, Montillo details the very real history of grave digging for medical experimentation and the use of electricity as a possible re-animator of human life, both of which permeated both scholarly and pub conversations for hundreds of years.  She interweaves this history with Shelley’s feminist roots, being the daughter of women’s rights advocate Mary Wollstonecraft, and the subsequent publishing of the novel under an anonymous name due to the bias against female authors.

The conglomeration of the history of the human body, reanimation, electricity, and feminism are in itself a Frankenstein, being hobbled together to create the text that resulted in Frankenstein the story.

[Listed in order by first to last book read]