Sometimes described as a “B-Movie” because of its low budget, I would argue that Jacques Tourner’s

Cat People (1942) transcends the genre of the low quality, often ridiculous and hokey films that most times are associated with those on a budget.

Basically, the story is one of a young Serbian woman named Irena who fears that when she becomes immensely jealous, angry, or kisses a man, she becomes a black cat and attacks the offending party, whether male or female.  Any day of the week she can be found at the local zoo’s panther cage, sketching the cats with large swords being stabbed through them.  Irena, hating and rejecting her ability to transform draws the sword in a literal hope that the cat part of her will be slain (why she wouldn’t want to embrace this awesome power is beyond me).  During one her daily sketch sessions, local mapmaker Oliver is intrigued by her beauty and pursues her, later stating that though he did not love her, he was drawn and intrigued by her.

The two quickly get hitched and are married for several months without even the hint of physical activity, including kissing on down.  Irena fears the transformation into her powerful cat self and I’d venture to bet that this is a metaphor for the fear of female sexuality, both from a male’s point of view and also the taboo of women having and recognizing their own sexual urges.

As time rolls on, Oliver becomes increasingly frustrated by Irena’s lack of physical affection–although Irena is upfront with him from the beginning that she needs time and he assures her that she can have all the time in the world.  Unfortunately for Irena, to Oliver “all the time in the world” translates to a few mere months before he finds himself in the embrace of a female co-worker, with whom he quickly leaves Irena for.

But let’s not argue that little Ollie didn’t try to salvage the marriage, he did after all send her to a male shrink to “cure” her irrational fantasies.  Her therapist, Dr. Judd believes that Irena can be cured by kissing her against her will and as a result she becomes a cat, and in this case I’d wager more of a defense mechanism and kills him.  And why shouldn’t she defend herself when forced upon by her doctor?  Though this film was written, directed and produced by men who probably weren’t attending any feminist rallies, this revenge fantasy does resonate with my blood lust for attackers and rapists, which is essentially what this doctor was.

While watching the somewhat incestuous relationship between Irena, Doc Judd and her husband Oliver, I kept thinking that I had seen this scenario before.  And then it hit me–The Yellow Wallpaper, the short story by Charlotte Perkins Gilman!  It almost seems verbatim–a woman who is deemed by her husband too high strung and emotional and is physically and/or emotionally locked up from society (in the short story’s version in a child’s room).  In both stories, the female lead is patronized by her husband and doctor, who discuss “the patient” amongst each other while skipping over the middleperson–the patient herself.  Both women’s cures are discussed and prescribed, and the medicine is the inhibition of personal expression and/or creativity.  Again, I think it is safe to call both of these scenarios fairly textbook–that women’s bodies and minds need to be analyzed, explored, controlled and cured. 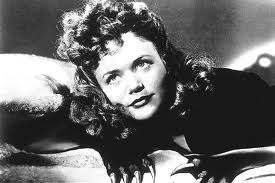 Another point of note that struck me while watching is the idea of the “other,” which Irena inherently is as she is not only a woman, but foreign to New York.  And why wouldn’t a foreigner have a family history of crazed, emotional women who turn into killer cats because of some sort of Turkish curse or something of the like?  Because Irena is “other” to the main characters, she is mysterious, deadly and comes from uncivilized and archaic roots.  Even the American female lead, when juxtaposed to Irena’s outlandish story is portrayed as rational and believable, even when she indulges in fanciful, irrational stories.

Though I probably wouldn’t describe Cat People as a feminist film per se, I would say it can be analyzed with a feminist lens, especially as a cultural artifact of the 1940s.  Through it all though, and even though she was the villain, I sided with Irena and for the first time ever, I sided with the bad guy, or in this case, bad gal.  What can I say?  She’s one tough pussy.